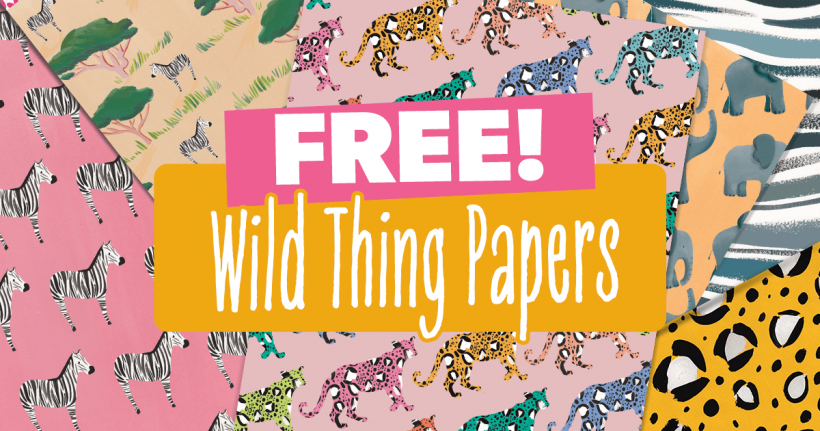 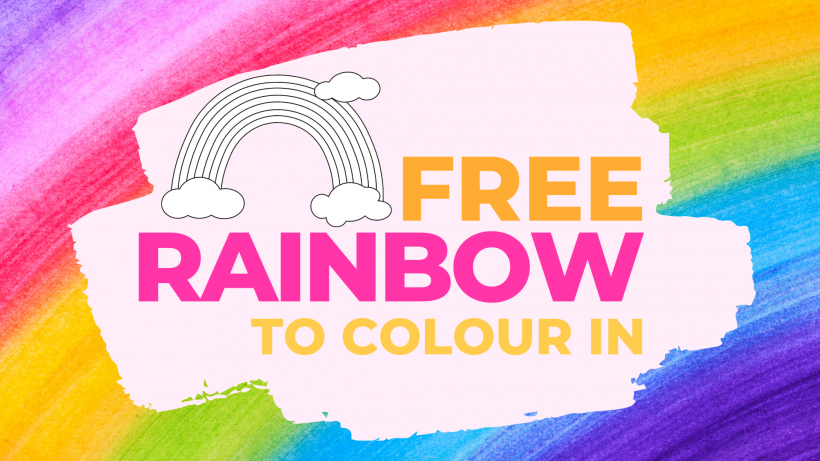 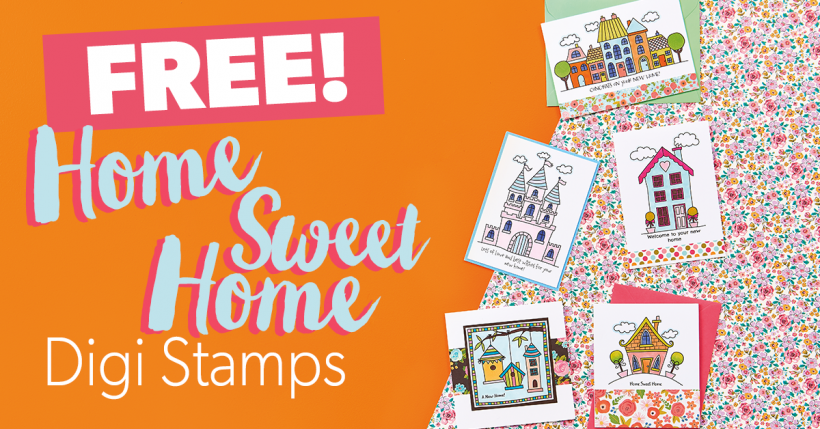 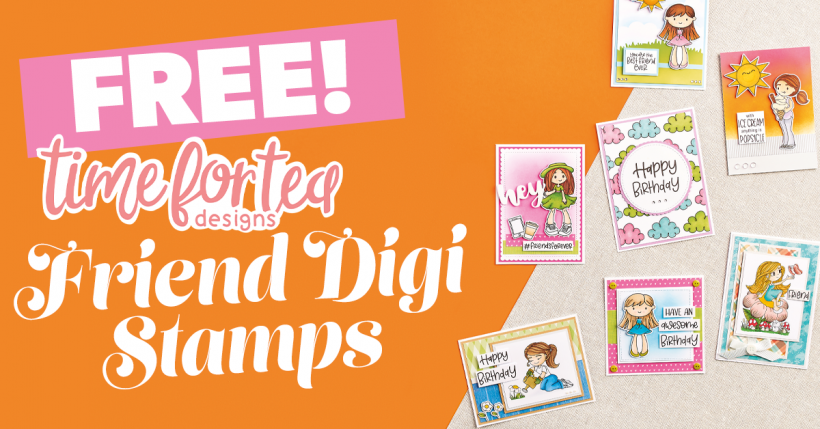 Kirstie’s Celebrity Craft Masters starts on Monday the 1st July. The series pits various well-known celebrities against each other in intense craft-offs, initially aided by a few of the biggest names in professional crafting, and then judged by some of the most ruthless experts. A few guarantees: laughs, drama, and heartwarming moments when a celeb overcomes all odds to produce a masterpiece. We had trouble whittling our reasons for excitement down to six – here they are! 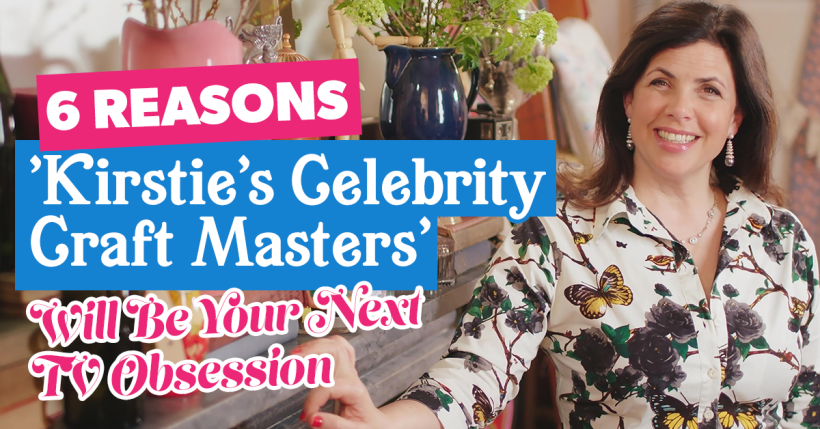 1. The celebrity pairings are anything but random
One of the most exciting aspects of Kirstie’s Celebrity Craft Masters isn’t just who’s appearing – it’s who they’re appearing with. Doubling as a who’s who of iconic British television staples, competitors will often be facing off with ‘an old showbiz chum or former colleague’, from property experts Lucy Alexander and Martin Roberts to celebrity doctors Dawn Harper and Raj Singh. While these meetings promise fireworks like the 5th of November, each and every mix-up is endlessly fascinating – we’re excited and horrified to see how Debbie McGee and Sam Thompson (Made In Chelsea) interact, and who can be meaner to whom in comedians Rufus Hound and Jenny Eclair. Ample opportunity for great TV (AKA tiffs over who got all the good bits of fabric) across the board.

2. The second episode will get you giggling
While there are no clear early favourites in our eyes, it’s easy to make predictions for which flavour each episode is going to have just by the celebrity appearances – and we’re quite certain the double-team of comedians Susan Calman and Mark Dolan will have us doubled over with laughter. Susan runs a very funny twitter, has written a very funny book, and is, unsurprisingly, a very funny comedian, and Mark Dolan has similar comedy credentials, hosting Balls Of Steel and performing at stand-up shows. We don’t know if they’ll be rubbish or ruddy brilliant when it comes to crafting, but we’re excited to see the various ways in which they try to relieve tension by cracking wise.

3. At its core, it’s an attempt to bring crafting to the mainstream
This is Kirstie’s ultimate aim with the program – and she even sacrificed some of her ideals in pursuit of bringing crafting to more people. Speaking to the Daily Mail: “How do we get more people interested in craft? The answer was to get celebrities doing it.” Everyone knows a crafter (or ten) but everyone also knows someone that sees crafting as nothing more than a hobby (we call them the ‘non-converted’ in the office). Considering the proven medicinal benefits regular crafting can have on health both mentally and physically, we think there’s never been a better time to give our passion some exposure. Go get ‘em Kirst!

4. It sounds like the judges won’t hold back in an interesting format twist
After spending time with their allocated professional crafters (think a more hands on Mary Berry) learning and making three projects (which, as you can imagine, doesn’t always go to plan) the contestants will travel to Kirstie’s Crafting HQ, where expert judges Polly Macpherson and Piyush Suri will apparently ‘pull no punches’ with their criticism. This is great because a) for some distasteful reason, there’s nothing much better than seeing a celebrity berated for being utterly crap at something and b) because it means, innovatively, that prospective crafters will get expert advice on where they went wrong before they tackle the final challenge, likely ensuring a more rounded final effort.

5. Everyone will learn something from it – no matter your experience level
Upcycling, papercraft, pyrography, quilling, woodwork, cake decorating – if the aim is to give a full spread of crafting possibilities Kirstie’s Celebrity Craft Masters passes with flying colours. Maybe you love cardmaking, but haven’t had a dabble in weaving baskets – not only will you have a mini-lesson from crafting extraordinaire Kirstie, you’ll also get the privilege of seeing celebrities mess it up first so you don’t have to. The variety of the tasks is exciting too – we saw mention of fabric chandeliers and dog coats – and it seems that we’ll be witnessing some genuinely bonkers (yet brilliant) examples of the endless fun you can have with your hands and a good imagination.

6. It’s being talked of as the ‘Strictly Come Dancing’ of crafting
Now this is what really gets us excited. It’s a huge claim, one that deserves a bit of cooling down considering the behemoth that is Strictly – but it really could be, couldn’t it? Our over-imaginative minds can’t help but wander to the possibilities should (and we’ve got everything crossed) Kirstie’s Celebrity Craft Masters do well. Imagine being able to look forward to a crafting mecca every year – imagine the increase in craft shows and opportunities as a result of the popularity, the copycat programmes that sprout from it. Imagine the future celeb guests – Prince Harry getting to grips with leather, Rihanna upcycling old window frames (is there anything she can’t do?) or Idris Elba knitting a frock with robot-like precision, anyone? Whether or not any of that happens is besides the point – the fact that there is even a possibility of this becoming crafting’s TV moment is thrilling enough. The future’s bright – the future’s crafty. 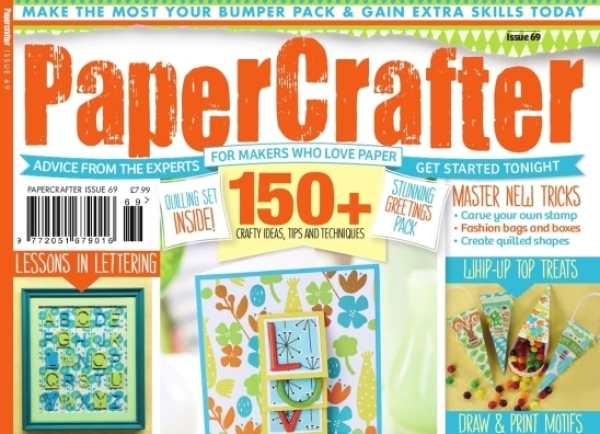 Sneak preview inside issue 69 of PaperCrafter

Sneek a peek at issue 69 of PaperCrafter and check out our digital sample to see what’s in store! 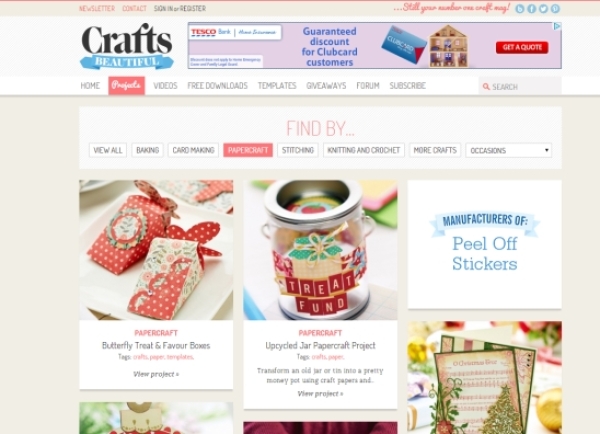 Our lovely sister magazine Crafts Beautiful has just launched its brand new, shiny website. The best bit? It’s packed with lots of free papercrafting projects! Here’s our pick of some of the best. 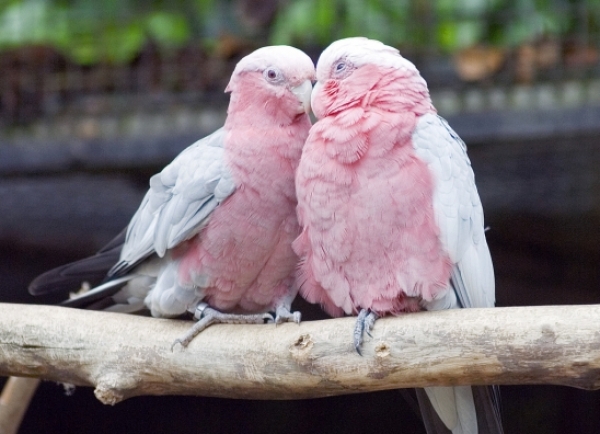 Are you in the mood for dancing, romancing or just a long old crafting sesh?! 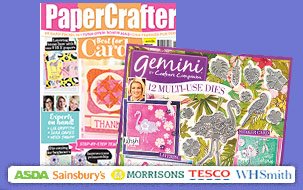 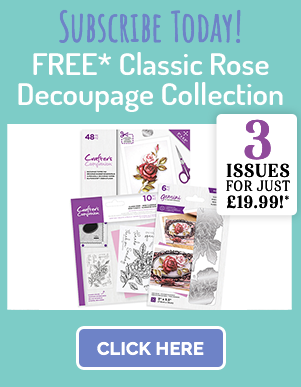 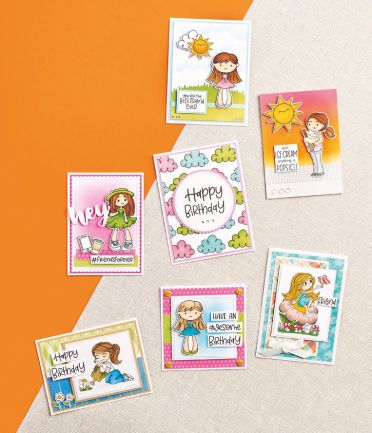 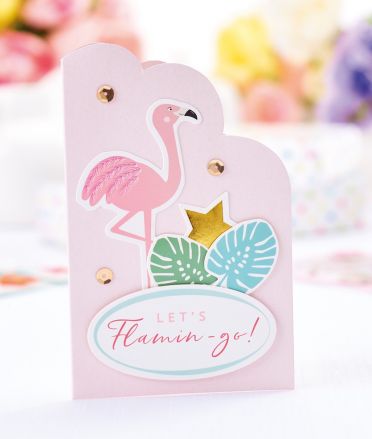 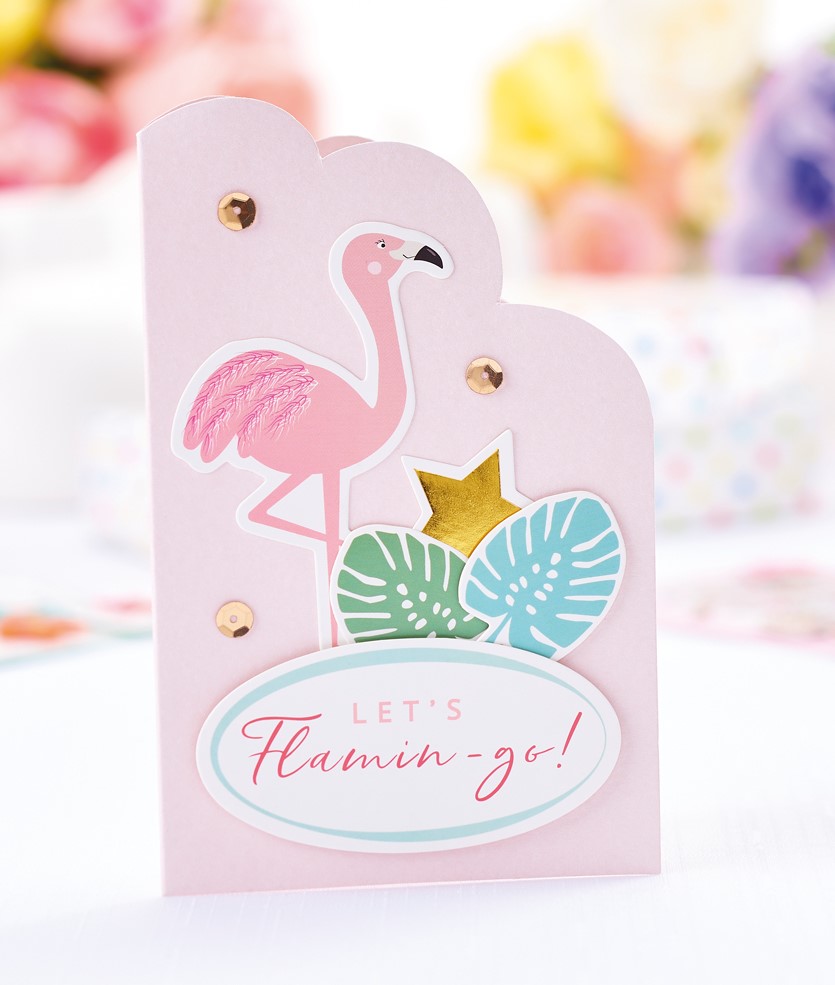 Flamingo Topper Card
1. Trim a scalloped edge from the top-right of a pink portrait blank. Adhere a sentiment topper to the… 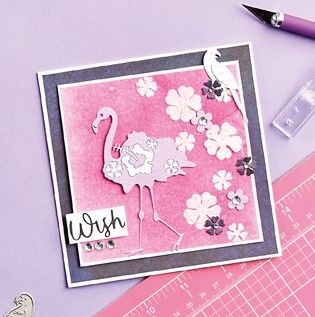